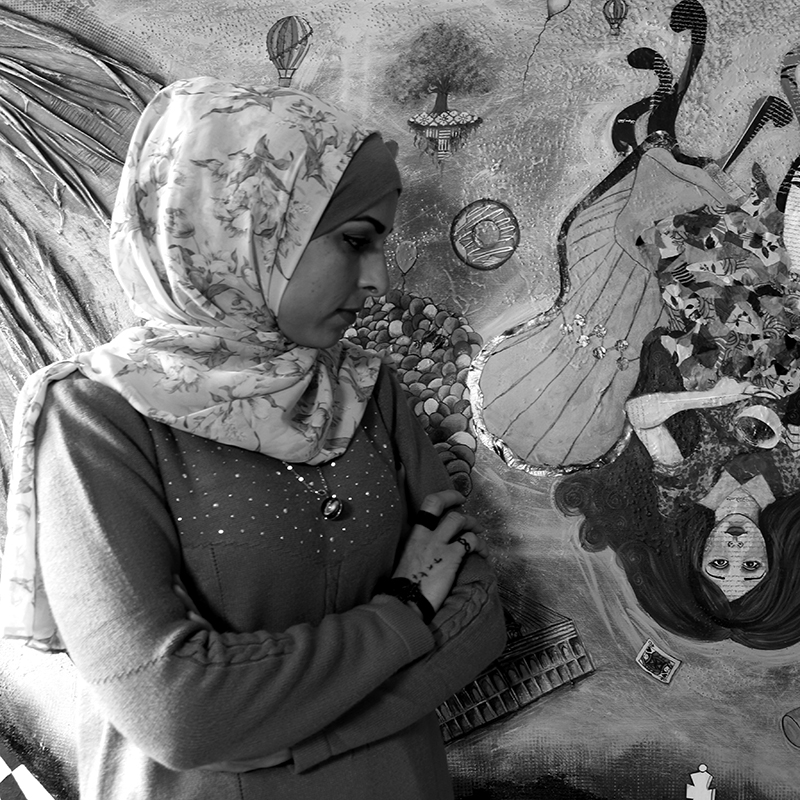 was born in 1984 in al-Shati’ Camp, Gaza. She holds a higher diploma in military medical nursing )2002-5( and has worked at the Balsam Military Hospital. Yousif holds a BFA in painting from al-Aqsa University )2006-10(, alongside many certificates in the fields of health, painting, photography, arabesque, graphic design and modern and contemporary art. She participated in many contemporary art workshops, including Cultivating Young Talents, Art Spring, Artists for Palestine and Sbat al-Alami, and in painting several murals including Traces of War, Fighting Corruption, Almost 1500, Human Rights, International Women’s Day, National Unity, Prisoner’s Day and al-Nakba Day. Her work has featured in several local and international exhibitions and venues, including the International Milad Festival in collaboration with the Elteqaa Group; the French Cultural Centre; the Culture and Free Idea Society in Gaza; and the Khalil Sakakini Cultural Centre in Ramallah.

She is a member of the Palestinian Visual Artists Association, Europe, and the Plastic Artists Association, Morocco. She has exhibited in many Arab countries, including Egypt, Kuwait, Jordan, Dubai and Morocco, as well as Germany, the UK and the United States. Yousif’s artworks belong to the school of magical realism and primarily use collage, a technique she has developd since the beginning of her career. She still experiments with new material to add unique character to her work.

Alice in Palestine is Yousif’s first solo exhibition, conceived after many experiments and attempts to create the finished work. 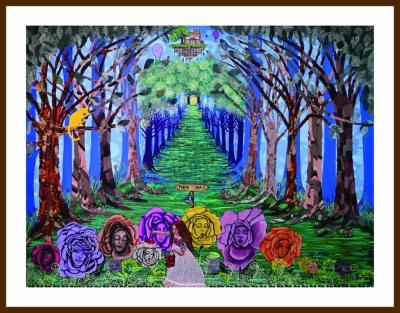 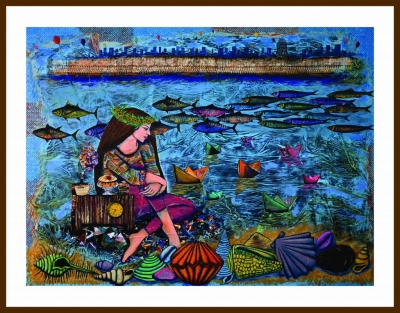 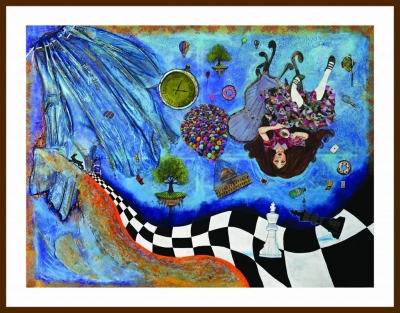