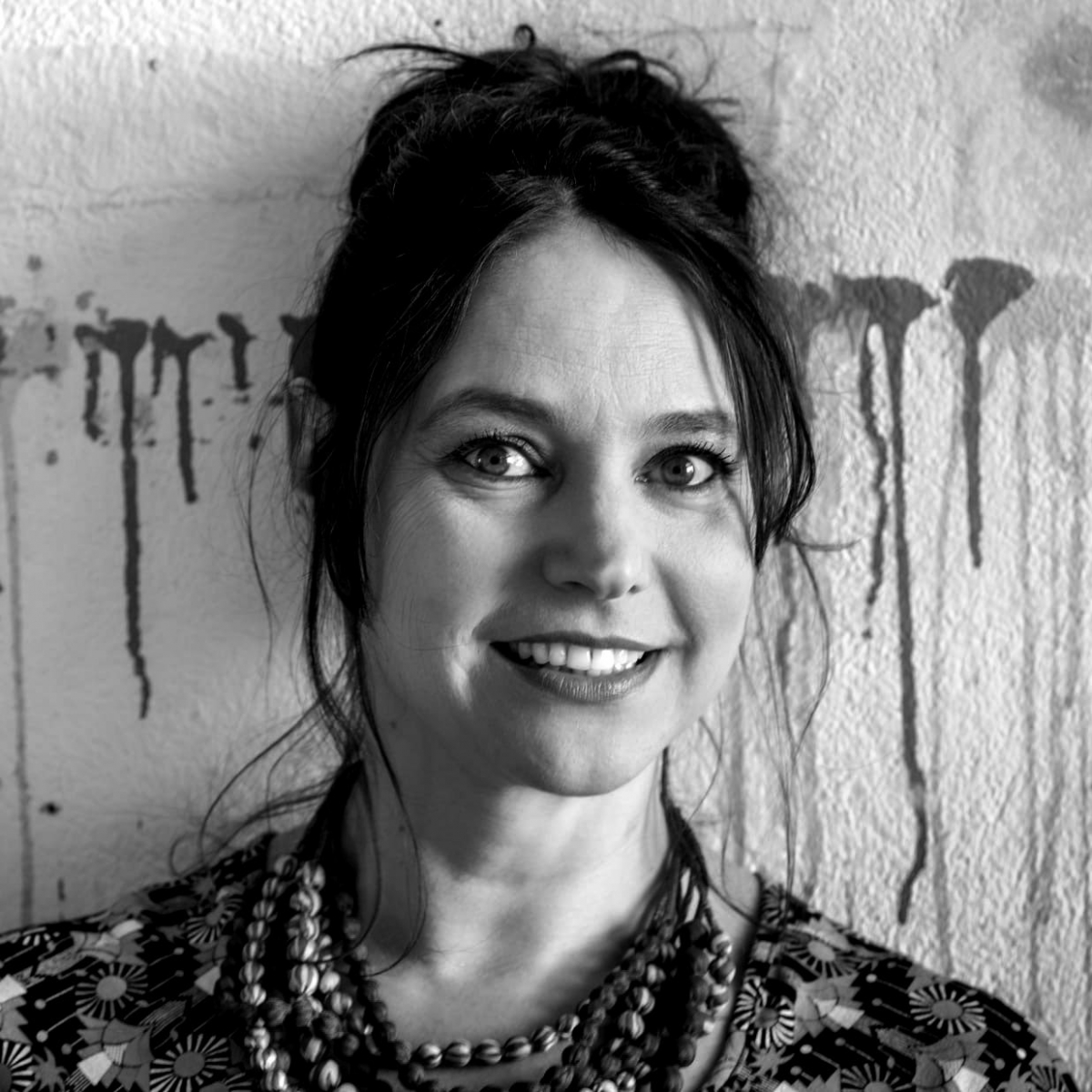 was born in Tunis, Tunisia, in 1978, and raised in Tunisia, Ukraine, and the United Arab Emirates. She graduated from the University of Fine Arts, Tunis, in 1999, and earned a Ph.D. at Université Paris-Sorbonne, in 2008. Growing up between Tunis, Kyiv, and Dubai, and now residing in Berlin and Kyiv, Kaabi-Linke has a personal history of migration across cultures and borders that has greatly influenced her work. Her works give physical presence to that which tends to remain invisible, be it people, structures, or the geopoliti- cal forces that shape them.
Using a variety of materials and methods, Kaabi-Linke often works in-situ on projects that relate directly to their exhibition sites. She has rendered visible the bodily traces of people waiting at Berlin bus shelters and subway stations, the scars of domestic violence victims in London, and paint chips scraped from city walls throughout North Africa and Europe. Between 2011 and 2014, she re- alized Meinstein, a permanent public artwork in Berlin that reflects processes of ethnic segregation. For her recent installation, “Walk the Line” (2015), vol- unteers wrapped two poles with thread the length of the Texas-Mexico bor- der until it formed a dense wall. Flying Carpets (2011), which was shown at the Venice Biennale that year, gives physical shape to the immigrant merchants of Venice who often display their wares on sheets that they can be quickly swept up upon the arrival of authorities. Mapping the movements of the vendors and their blankets on a single bridge, Kaabi-Linke recreated the forms in steel, alu- minum, and thread, suspending them above the viewer.