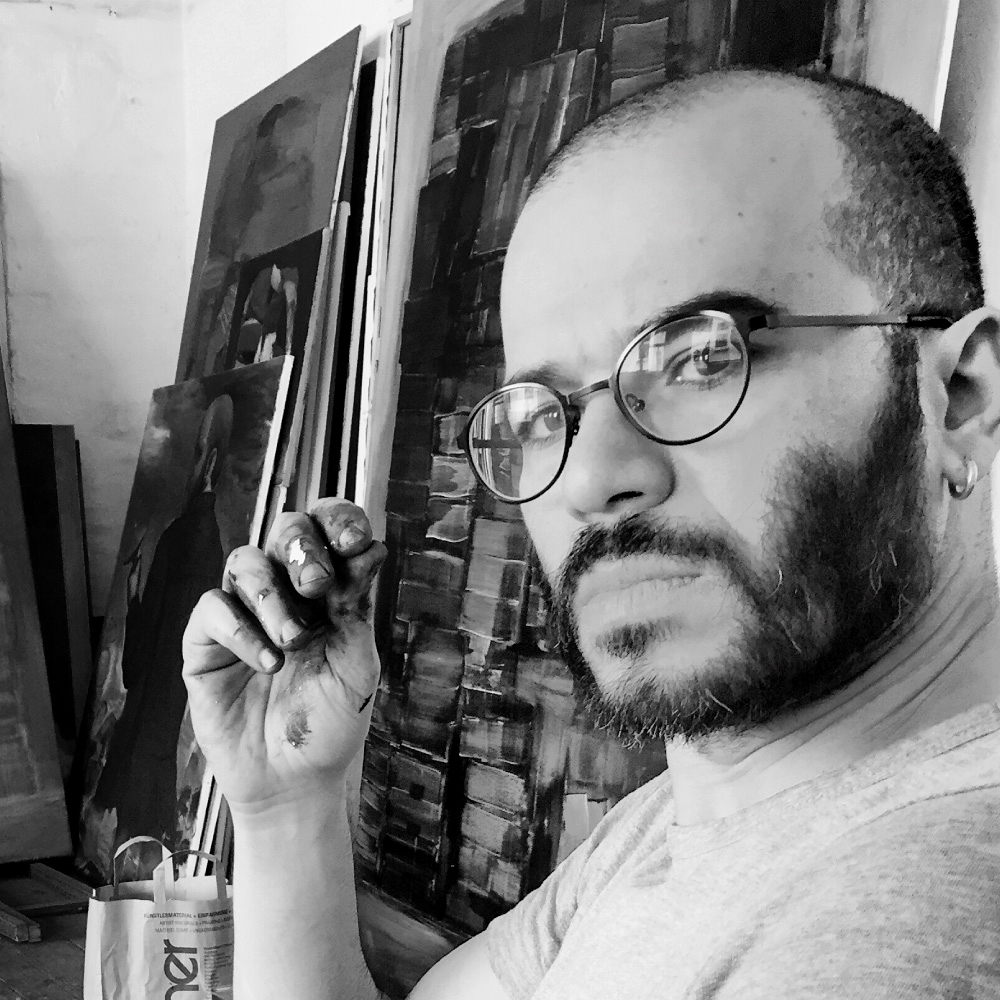 In his work, the Lebanese artist Said Baalbaki grafts, as it were, the cultural, artistic roots of his native country to contemporary discourses in his chosen homeland. He lives and works primarily in Berlin.

The subject matter of his work has been largely informed by the artist’s traumatic first-hand experience of War.

Said Baalbaki is principally concerned with questions concerning identity—with the mechanisms of perception and constructions of knowledge, truth and authenticity, all of which are strongly influenced by the various cultures and religions. His motifs are appropriated from the immediate everyday as well as his own internal world, encompassing his memories of a childhood and youth spent during the Lebanese Civil War.